Some of the destroyed trees in Dominic's Park.

In a statement Louth County Council says that officials were saddened and disappointed by the vandalism of four trees in Dominic’s Park yesterday.

“The trees which were planted by Louth County Council will now need to be removed” they said, adding that the matter is being reported to An Garda Síochána.

“As part of combined climate action and community measures, Louth County Council heavily invest in planting trees, plants and foliage each year, which not only help enhance Louth’s natural beauty but also yield incredible benefits to residents and visitors” the Council said.

“As trees grow, they help stop climate change by removing carbon dioxide from the air and locking carbon on their surface area and in their roots and releasing oxygen into the atmosphere. Around 28% of the Earths oxygen is supplied by trees. One acre of trees removes up to 2.6 tons of carbon dioxide each year. It is estimated that two mature trees produce enough oxygen for a family of four.

“Besides reducing our carbon footprint, trees also help fight against flooding, they stabilise soil and counteract soil erosion, reduce storm water runoff by capturing and storing rainfall in the canopy and releasing water into the atmosphere. Tree roots and leaf litter create soil conditions that promote the infiltration of rainwater into soil and help prevent and reduce surface water runoff.

Trees are not just good neighbours to us humans, they also provide shelter and food for birds, insects and animals, and are an important source of food for pollinators such as bees and others. Trees and green spaces offer multiple health benefits and promote positive mental wellbeing for all. 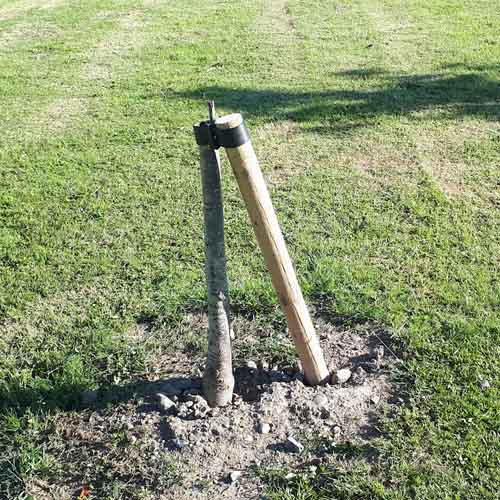 Elias Mlimbila, Assistant Parks Superintendent at Louth County Council, who planted the trees, said “I don’t understand why someone would do this. The mindless vandalism of these trees is to be condemned.”

Mayor of Drogheda, Councillor Michelle Hall said that she too was appalled at such mindless vandalism.

“The outdoor staff in Drogheda Borough Council work hard to maintain this beautiful green area along the Boyne Greenway” she said and also encouraged anyone who witnessed this criminality to please contact An Garda Siochana. 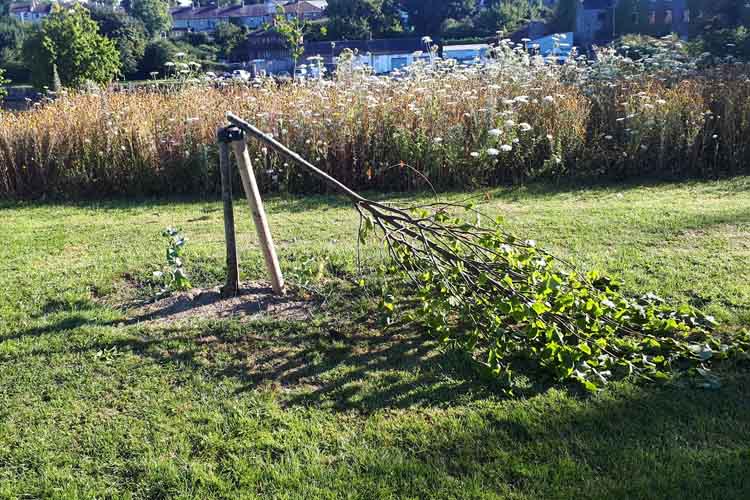