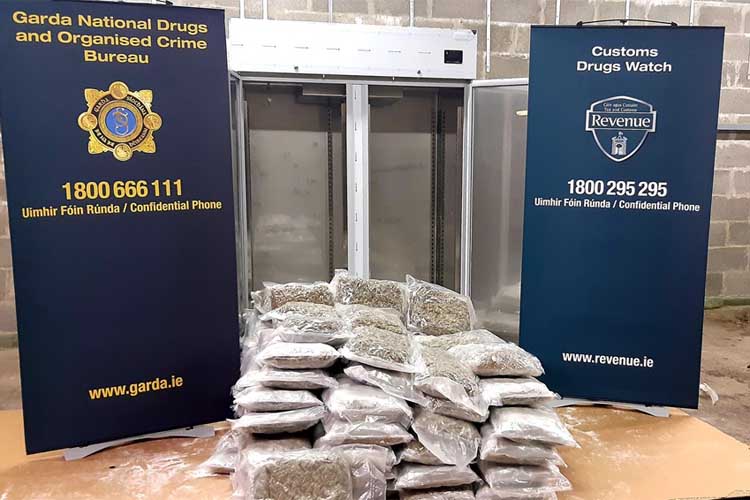 The haul of drugs seized by Gardaí at Rathfeigh, County Meath yesterday.

Gardaí have arrested two men and seized almost two million Euros worth of drugs following a search of a premises in Rathfeigh which is near Duleek in County Meath yesterday.

The search took place as part of ongoing investigations targeting persons suspected to be involved in an organised crime group operating in the Meath area,

A Joint Operation was conducted by personnel attached to the Garda National Drugs and Organised Crime Bureau (GNDOCB), the Meath Divisional Drugs Unit and the Revenue Customs Service.

During the course of this operation a premises was searched in the Rathfeigh area and 97 kgs of Herbal Cannabis with an estimated street value of €1.94 Million was seized by Revenue Officers.

Gardaí arrested a 59-year-old male and a 61 year old male at the scene.