Tolan adds her voice to protest over increase in M1 toll 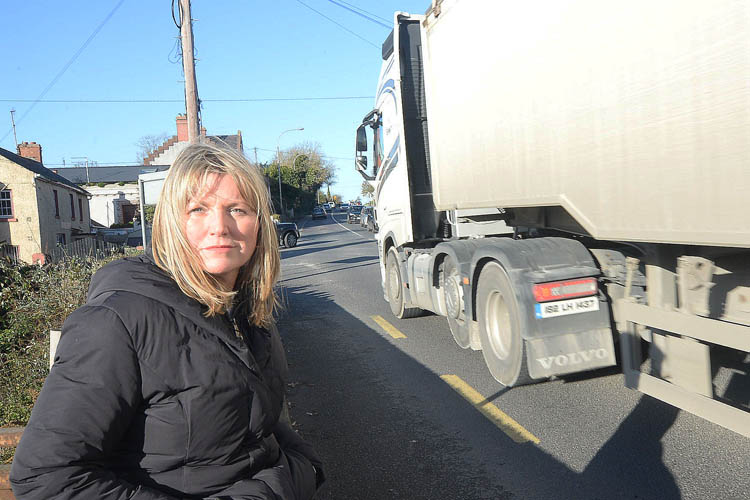 Councillor Sharon Tolan shudders as yet another juggernaut trundles through the village of Julianstown to avoid the M1 toll.

The East Meath Councillor has called on the Laytown-Bettystown Municipal District to write to Transport Infrastructure Ireland (TII) asking them to reverse their decision to increase the toll on motorways across the country.

The M1, which is one of the eight public private partnership roads in Ireland, will see an increase of 10 cents for cars and motorcycles, whilst buses and LGVs will have to pay an extra 30 cents to use it.

Despite reduced traffic volumes on the Motorway system last year due to Covid, the company that operates the M1 toll booth, Celtic Roads Group, increased their profit to €8.14m in 2021.

“This comes at a worrying time for workers and families, who are already suffering from increases in costs of living, and particularly record fuel prices” Cllr. Tolan said.

“We cannot sit back and allow this to happen.  There is a real danger that many will try to avoid the toll altogether and use Julianstown village to reroute around it.

“We already see huge numbers of cars, LGVs and HGVs who have no choice but to use the R132 through Julianstown to access the M1 at the Gormanston Interchange.

“This toll increase could result in a very significant increase in those vehicle numbers while hauliers, commuters and families try to save on daily travel costs.”

A letter will now be sent from the Elected Members and Executive of the Laytown-Bettystown Municipal District to the TII outlining these concerns and asking them to reconsider their decision.

Last Thursday the Tanaiste Leo Varadkar said he was unhappy about the announced increases which are due to come into effect on January 1st.

Councillor Tolan said that she was delighted to hear the Tanaiste voice his concerns about the toll increases and would welcome any intervention from him to stop this outrageous move by TII to inflict more pain on people.