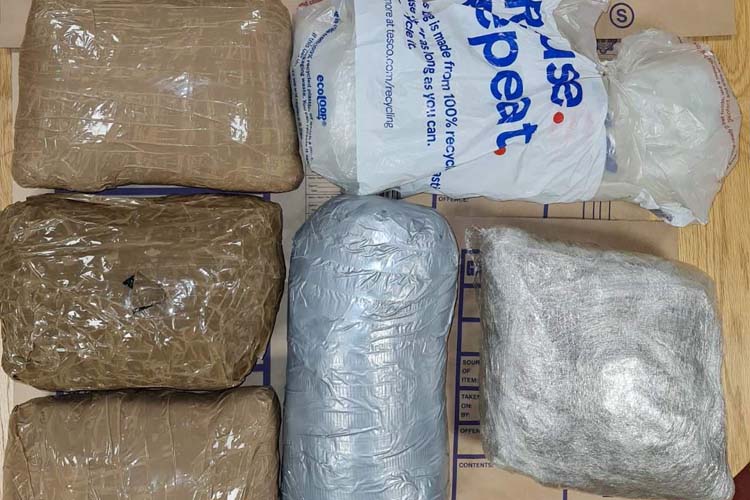 The drugs seized in Drogheda on June 5th.

A man in his 30s has been arrested by the Drogheda Divisional Drugs Unit as part of an ongoing investigation into the seizure of cannabis estimated at €225,000 in the town on 5th June 2021.

The man was arrested on Monday, 12th July 2021, in the Drogheda area and is currently detained under Section 2 of the Criminal Justice (Drugs Trafficking) Act, 1996 at Drogheda Station. He can held for up to seven days.

He is the third person to be arrested in connection with the case.

Two other men were arrested on June 5th when Gardaí, also members of the Drogheda Divisional Drugs Unit, conducted a number of searches at houses in the Bryanstown Court and Riverbank areas.