The Hill of Slane and the celebration of Easter 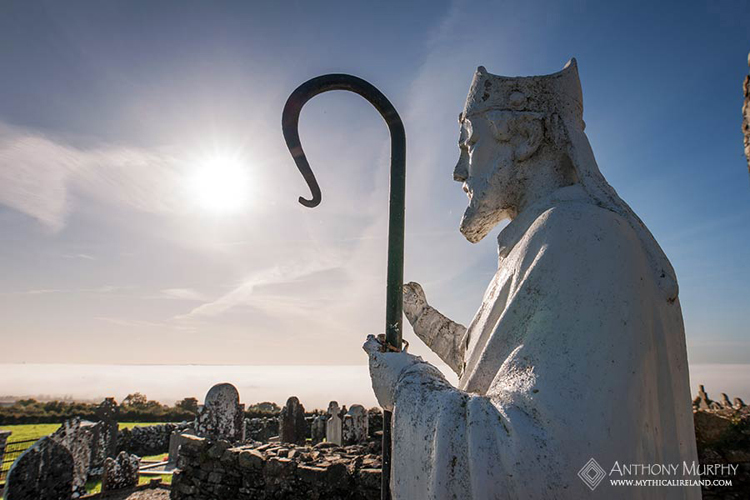 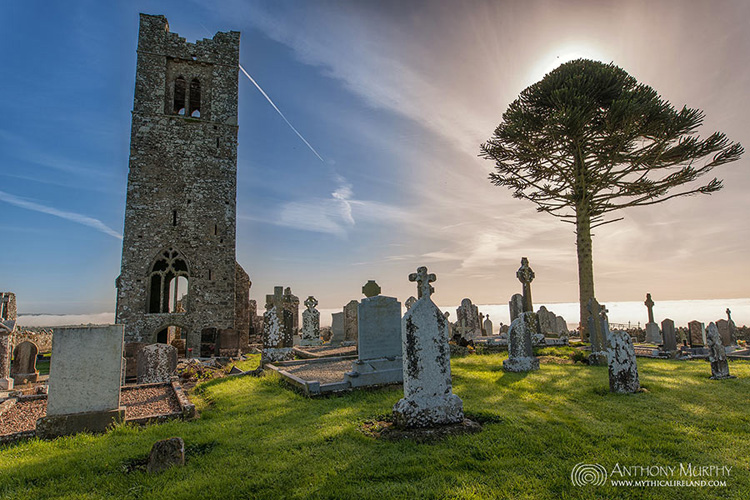 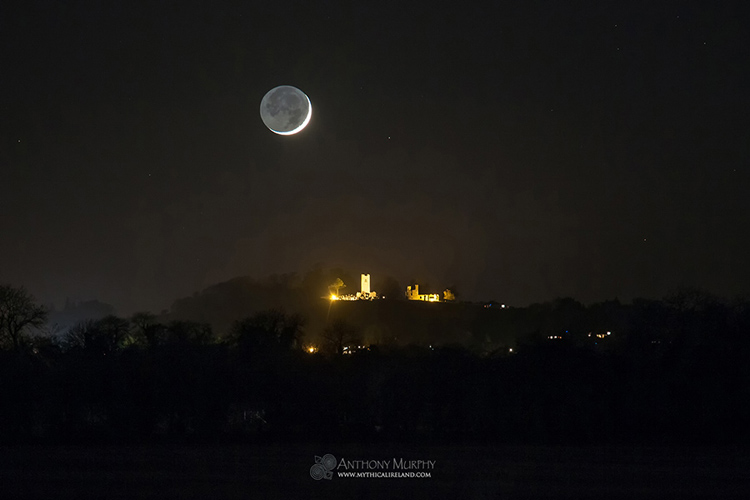 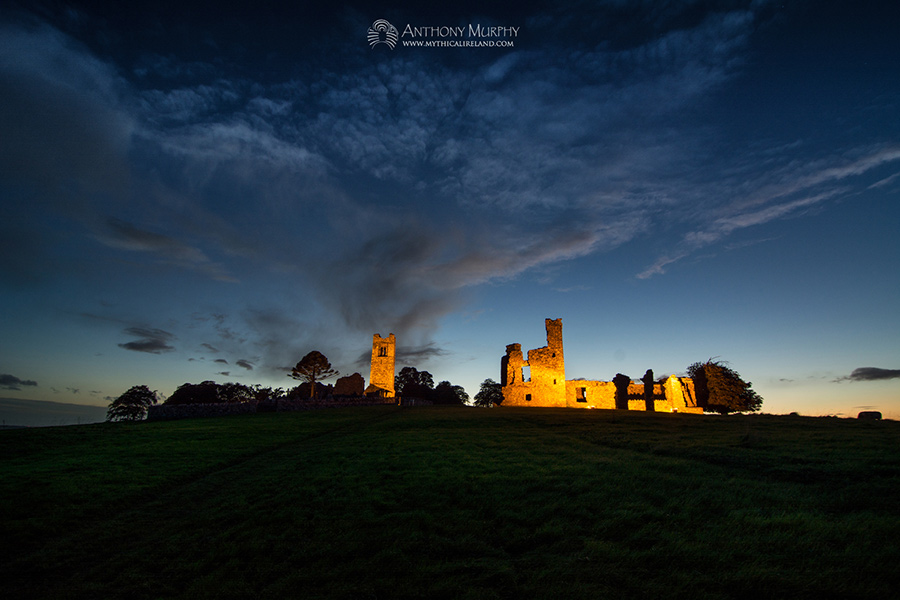 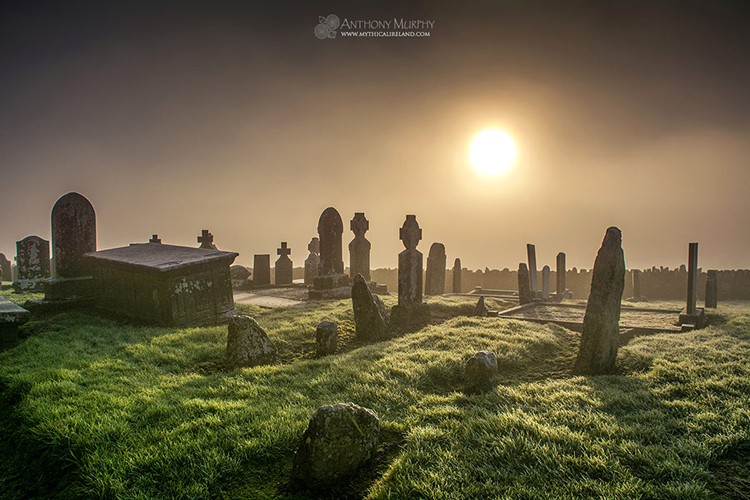 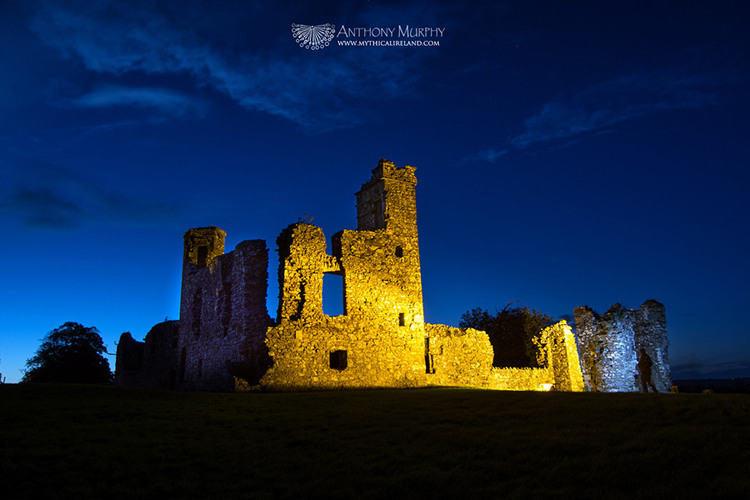 As we celebrate Easter, it’s worth bearing in mind that Christianity began in Ireland, according to traditional accounts, at the Hill of Slane, when Saint Patrick lit the Paschal Fire there over 1,600 years ago.

Tradition tells us that Saint Patrick landed at the Boyne Estuary, at Colpe, and that he ended up on the Hill of Slane at Easter, which was on March 26th 433AD.

At that time, Easter would have been celebrated when the first full moon appeared after the Vernal Equinox. Patrick lit the sacred fire in contravention of the High King, Laoghaire, and the laws of the time. It was forbidden for anyone to light an Easter fire until the king had first done so at Tara.

So as you can imagine, the appearance of the great flames on the peak of Slane, visible from Tara to the south, caused great consternation. Indeed, there was a confrontation between the “pagan” powers (the king and his druids), and the newcomer from Britain. Yes, somewhat ironically, Ireland’s national saint was a Romano-British slave!

Something worth pondering is the idea, inherent in the traditions about the Paschal Fire of Slane, that the lighting of an Easter fire was already a widespread occurrence in Ireland before the arrival of Patrick and Christianity. Undoubtedly this was not a Christian ritual, but rather a pre-Christian or pagan one. In other words, the celebration of the first full moon following the spring equinox was a practice that had occurred in earlier times, and was possibly the remnant of a prehistoric festival or celebration.

Today, visitors to the Hill of Slane are struck by its obvious Christian overtones. As the Sites and Monuments Record (SMR) indicates, the hill is “crowded with ecclesiastical structures”. Most obvious is the bell tower, a 15th century construction with its fine Gothic decorated window. It is the most intact of the medieval Christian structures. Across from the old graveyard, which encompasses the remains of St. Patrick’s Church and the grave of Erc, first bishop of Slane, is the so-called “college”. This is what remains of a cloister, home to about six monks. Slane was once the site of an important Franciscan monastery.

In Norman times, Slane was the seat of the Flemings, barons of Slane. A motte and bailey to the rear of the Christian ruins, in amongst the trees, was said to have been built by Richard Fleming in the 1170s.

However, the mound itself is believed to be a prehistoric burial mound, perhaps refashioned by the Normans for their motte. Archaeological investigations of the motte in recent years have been inconclusive, but certainly the mythology and folklore of Slane suggests it was an important place in prehistoric times.

According to the Dindshenchas, an ancient collection of myths about eminent places written down in the Book of Leinster (Lebor na Nuachongbala) in the 12th century, suggests that Slane was named after a mythical king of the Fir Bolg, called Sláine:

Sláine, whence the name? Not hard to say. Sláine, king of the Fir Bolg, and their judge, by him was its wood cleared from the Brugh. Afterwards, he died at Druim Fuar, whichis called Dumha Sláine, and was buried there: and from him the hill is named Sláine. Hence it was said:

“Here died Sláine, lord of troops, over him the mighty mound is reared: so the name of Sláine was given to the hill, where he met his death in that chief abode”.

If you want to learn more about the mythical and cosmological background of Slane, read my book ‘Island of the Setting Sun: In Search of Ireland’s Ancient Astronomers’ (with Richard Moore, 2008, The Liffey Press).

Slane was also supposed to have been the location of a mythical healing well, used by the Tuatha Dé Danann (the early mythical gods) to heal their battle wounds.

Another intriguing aspect of Slane is its association with Dagobert II, heir to the Merovingian kingdom called Austrasie (in France), who was exiled to Ireland after his father’s death in 656AD. Dagobert is said to have grown into a man “at the Monastery of Slane” and attended the court of the High King of Tara. While in Ireland, he married a “Celtic” princess. He eventually returned to Austrasie and claimed the kingship in 674, some 18 years after his exile to Slane.

Before we leave our exploration of Slane, it is worth mentioning that there was some controversy in the early church about the calculation of Easter. In Patrick’s time it would have fallen when the full moon appeared after the spring equinox.

The reason the date of Easter has always moved, and can fall between 22th of March and 25th of April, is precisely because the lunar and solar years do not align. Twelve synodic months of the moon (the time it takes the moon to return to the same phase again, e.g. from full moon back to full moon) is 354 days, 11 days short of a solar year of 365 days. Efforts to reconcile the solar and lunar calendars have been made by ancient cultures around the world for millennia. Indeed this author has suggested such efforts were made by the builders of the great megalithic passage-tombs of Newgrange, Knowth and Dowth as much as five millennia ago.

The solar and lunar years come into rhythm with each other once every 19 years. This period has become known as the Metonic Cycle (named after a 5th century Greek called Meton, who claimed to have discovered it). It might have been known in Ireland as Naoidheachda, meaning “the nineteenth”, when the moon’s cycles harmonise with the sun’s.

Local scholar Matthew Stout discusses the controversy around the calculation of Easter in the early Irish church in his new book, Early Medieval Ireland 431-1169. The Metonic Cycle (or 19-year cycle) was the official method of calculating Easter adopted by the Council of Nicaea in 325. However, the Irish Church, according to Stout, used an 84-year cycle and also permitted Easter to fall on the same day as the Jewish Passover in those instances when, by Irish reckoning, the two coincided. The result was that the celebration of Easter in Ireland could differ from the date upon which it was celebrated in other churches in Europe by as much as a month!

A synod was called in 630 – the Synod of Mag Léne. Agreement could not be reached. Churches in the southern part of Ireland adopted the orthodox method, while those in the northern part rejected a letter from Pope John IV and continued to use the old “Irish” method. It would be another half century before all the churches of Ireland came into line with Rome.

Interestingly, Slane appears to form part of an ancient equinox alignment. An observer situated at Millmount in Drogheda (also a Norman motte believed to be a prehistoric burial mound) will see the sun setting at the Hill of Slane at the time of the equinoxes. If one traces a line on a map between these two mounds, and extends it to the far west of the island, it reaches Croagh Patrick in Mayo, another place associated strongly with Saint Patrick. Deeply fascinating stuff, but that’s for another day.

Happy Easter to one and all.

Anthony Murphy is the author of several books about the ancient history, mythology and astronomy of the Boyne Valley, including Island of the Setting Sun, Newgrange: Monument to Immortality and Mythical Ireland: New Light on the Ancient Past. He runs the website www.mythicalireland.com. If you are interested in purchasing prints of any of his photographs, you can contact him by email at mythicalireland@gmail.com, or on his Facebook pages:

Download the Drogheda Life App from the Google Play Store