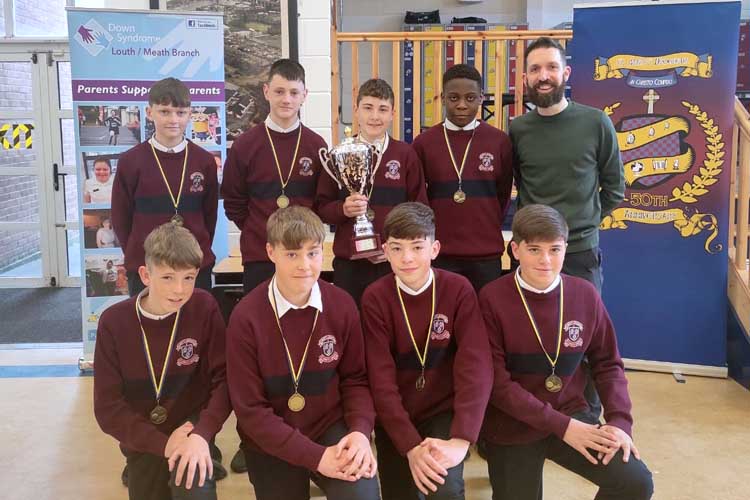 104 first years - 13 teams of 8 players took part in the tournament which started back in November.

The charity to beneit, nominated by Callum Byrne in 1st year, was Down Syndrome Ireland Louth/Meath Division.

Each player paid €2 to take part, then any first years who wanted to come and watch the games paid €1 entry for that game. The Final took place at lunchtime on Thursday 5th May, with Maxol United winning 5-3 against Rakim FC.

A special thanks to Principal Mr O'Hare for sponsoring the trophy and medals. Mr Hobbs is looking forward to running this competition again next September with a new set of first years!