Nothing can stand in the way of live music, the Boyne Music Festival has proved it! 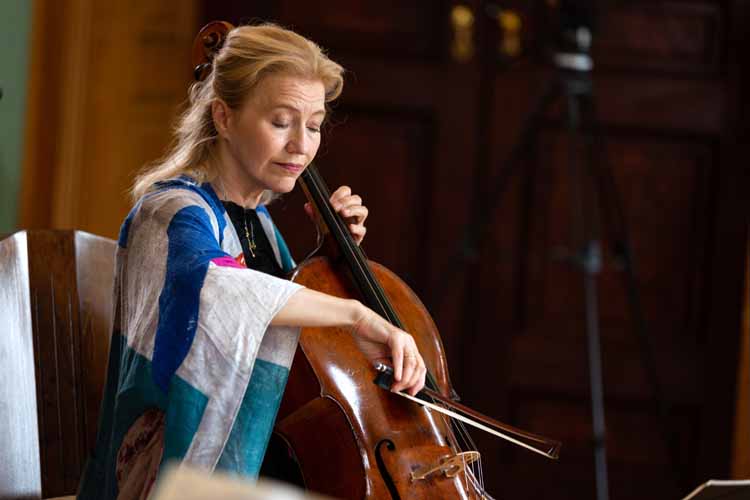 There can be no doubt that this has been a challenging year for the arts, but this hasn’t stopped Aisling and Julie-Anne Manning and Deirdre Brenner, Directors of the Boyne Music Festival.

After the 2020 Festival had to be cancelled entirely, they were determined to bring joyful music into our lives in 2021 in whatever capacity they could!

So they assembled a team of internationally esteemed artists in Townley Hall, Drogheda to perform a series of classical concerts. The concerts were recorded and are available to watch online now.

The Boyne Music Festival was founded in 2013 after Aisling discovered Townley Hall while working on another gig. Townley Hall is a beautiful Georgian manor set in 60 acres of rolling countryside in the historic Boyne Valley.

After performing a chamber music concert together in the house, the trio thought, “What could be more perfect than a festival right here in Townley Hall, with its magnificent central rotunda and grand drawing rooms?”

Each summer the Directors invite world-leading musicians to perform - and the festival has gone from strength to strength each year. 2021 made the festival grow in ways no one had ever expected.

In order to perform a concert for a live audience in July of 2021, the Directors had to think outside the box... which resulted in the Artists performing outside the windows!

A pastoral concert theme inspired by nature was aptly chosen and performed to audience members who sat in socially distanced bubbles on Townley Hall’s picturesque grounds. Not to mention the cows that came over to check out what was happening!

Julie-Anne Manning said “We had such a wonderful time performing ‘Forest Scenes’. Being able to play for live audiences once again was very special. It is certainly a concert I will never forget!”

The performers spent a demanding week in Drogheda rehearsing every day. They in fact recorded a series of five different concerts for music lovers to enjoy from all over the world - this included a 1920s themed concert; an exuberant, free-wheeling concert full of music, dance and song!

‘Souvenirs’, a romantic programme of chamber music including works by Tchaikovsky and Stravinsky was filmed in the breath-taking St. Peter’s Church of Ireland, Drogheda. ‘Souvenirs’ is available to watch online until Saturday 18th September.

The Boyne Music Festival is committed to supporting the next generation of up-and-coming artists. This year Deirdre Brenner, and opera singer Naomi Louisa O’Connell, held a master class with rising soprano Eimear Harper and pianist Luke Lally Maguire. These Young Artists then recorded a performance for the programme ‘No Far Shore’ which also featured a poetry reading by Irish poet, Anne-Marie Fyfe.

‘The Enchanted Forest’ is the final concert the musicians recorded this summer; a family concert which guides the viewer through lots of exciting musical stories including music by Bolcom, Schubert, Gershwin and others.

Deirdre Brenner said “A lot of hard work has gone into creating these programmes and we are so delighted to be able to share them with audiences near and far. Hopefully this will inspire more people to join us for the summer 2022 festival, and to experience the magic of the Boyne Music Festival in person!”

These unmissable concerts are now available to watch online. ‘Souvenirs’ ends this Saturday 18th September, while ‘No Far Shore’, ‘Babelfish at the Vortex’ and the ‘Roaring 20s’ are available until Thursday 30th September. The family concert, ‘The Enchanted Forest’ is available to stream now on YouTube. Visit boynemusicfestival.com today to find out more!