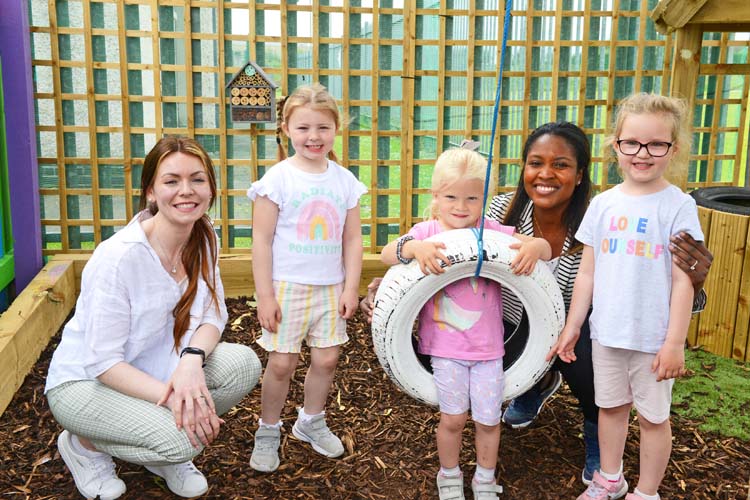 Enjoying themselves in the new playground at Moneymore Childcare Centre sponsored by AWS are Sienna Trinda Andrews, Holly Deavy and Holly May Hanratty pictured with Joanne Reynolds (left) and Cornelia Robinson of AWS. Photo: Andy Spearman.

Another project funded by the AWS in Communities Fund

It is amazing what can be achieved when a community works together and the ongoing development of the Moneymore Childcare Centre is a good example of that.

Just weeks after they opened their new and enlarged kitchen there was another launch yesterday, this time of a play area in the garden for the children which was funded by the Amazon Web Services AWS in Communities Fund.

The AWS in Communities Fund for Drogheda was launched last September with a fund of €100,000 to help local community groups, schools, and organisations with new or existing projects.

Joanne Reynolds of AWS who was at yesterday’s opening told Drogheda Life that, such was the demand from local groups that AWS has had to increase the fund to €150,000.

The new play area, which was built by Moneymore local Brendan Gregory, is a space where children from the crèche can play in safety and, just as soon as the cutting of the tape ceremony was over, they weren’t long in showing their appreciation.

The red tape had barely been cut when there was a rush of excited young children to try out the various pieces of play equipment.

In line with the good manners rule of always saying “please” and “thankyou”, Cody Smith and Lola Reilly presented the two AWS representatives present, Joanne Reynolds and Cornelia Robinson with flowers and chocolates on behalf of the children.

That certainly broke the ice and you could see that many of the adults present were dying to have a go on the swings and slides. Councillor Paddy McQuillan certainly looked envious of young Cillian Donnelly who was having great fun on a toy digger.

Paddy had to make do with posing for photos and giving Drogheda Life a quote:

“It’s important that, if we are to succeed as a society, we must invest in our young people” he said eyeing Cillian’s prowess on the digger, just itching to join in.

The play area is just one step to developing the garden area as an outdoor learning space for the Moneymore Childcare Centre. Still to come are a fruit and vegetable garden and also an outdoor classroom where children can learn about the great outdoors. They’ll be seated on tree stumps which in itself is going to be the greatest of craic – apparently making learning fun is the secret that many generations overlooked!

Deputy Ged Nash, who cut through the red tape like a hot knife through butter, had to leave early get to the Dail but said he was “…delighted to participate in the official opening of the new play area which was kindly sponsored by AWS, and to have contributed to the work on the development of the upgraded and expanded kitchen area.

"I have a long standing connection with the Moneymore community crèche and the community and all of those who work there and who benefit from this top class service can be rightly proud of the service" he said. 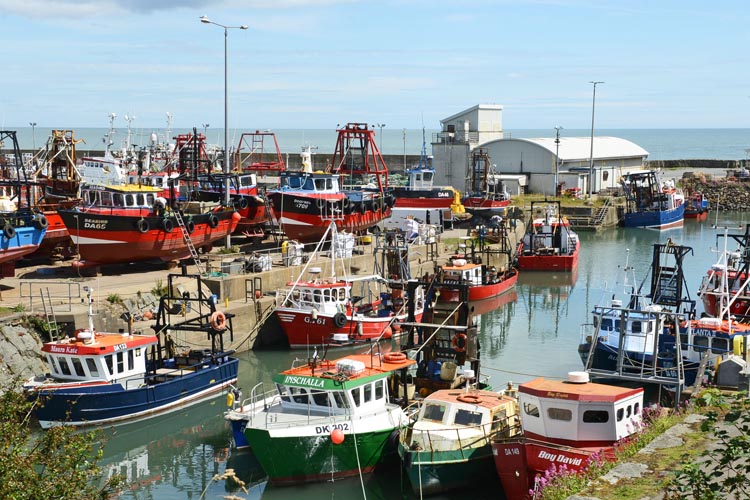