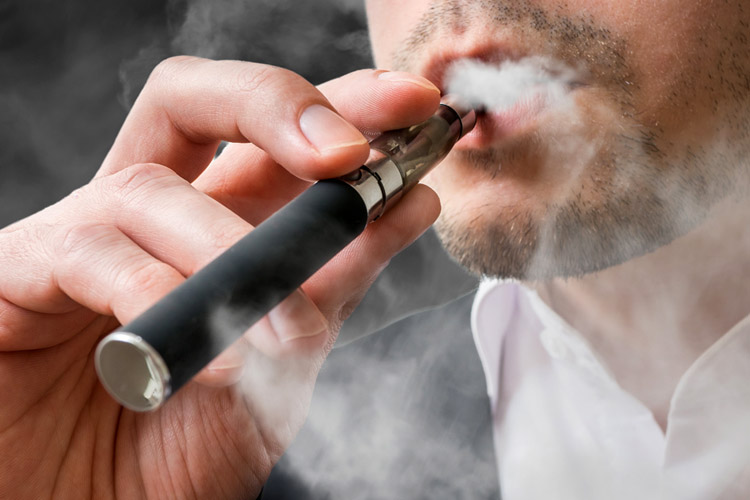 New restrictions have been announced on the sale of e-cigarettes.

New government measures to restrict the sale and advertising of e-cigarettes do not go far enough to protect young people from addiction to nicotine, the Irish Heart Foundation has said.

The Foundation was responding to yesterday’s announcement by the Department of Health that under new legislation, e-cigarettes will no longer be available from self-service vending machines and adverts for them will be prohibited on public transport, in cinemas and near schools.

“However, the numbers may be much higher following a surge in the use of disposable vapes, particularly among teenagers and young adults.

The new proposals will be incorporated into the Public Health (Tobacco and Nicotine Inhaling Products) Bill which is currently being drafted.

The legislation will be designed to regulate any product that can be used for the consumption of nicotine-containing vapour or any component of that product.

Other measures contained in the Bill include:

“The newly announced advertising restrictions are welcome in addition to the long-awaited ban on the sale of e-cigarettes to under-18s.

“But we need a raft of additional measures, including a ban on e-cigarette flavours like cookies and cream, gummy bear and bubblegum which are clearly directed at children and teenagers.

“We are also calling for the legal age of sale of tobacco to be increased to 21 and that similar regulations are put in place for e-cigarettes to ensure such a law doesn’t push more young people towards vaping.”

Louth Senator Erin McGreehan has also welcomed the additional restrictions on the sale and advertising of nicotine-inhaling products such as e-cigarettes.

Commenting on the proposals, the Louth Senator said:

“I’m pleased to see these new proposals regarding e-cigarettes and vaping products.” She said. “Nicotine is an addictive drug and it’s important we protect children from these products and discourage them from vaping.

“Vaping products may be helpful to those who are trying to quit smoking but there is no need for children or young people to take up vaping or the use of nicotine products.”