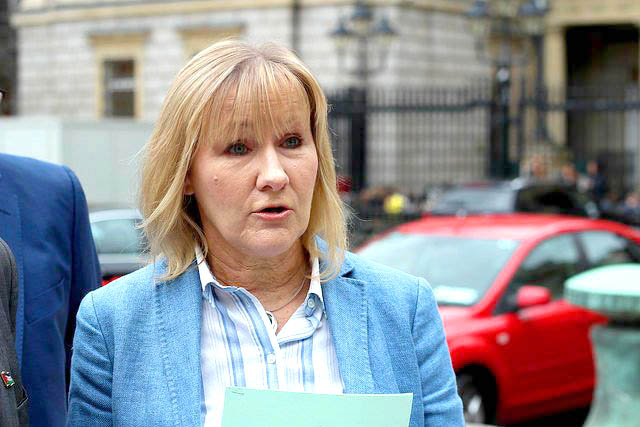 Sinn Féin TD Imelda Munster, who is also member of the Public Accounts Committee, has pressed officials from the Department of Transport on progressing the Port Access Northern Cross Route.

The project, which is of key strategic importance for Drogheda having been first proposed nearly 20 years ago, has gone through various iterations as Louth County Council have sought to secure funding to progress the development.

“While much of the attention at the Committee will have been on Dublin projects that have faced delay despite having secured funding, I raised this with department officials as this is a long-mooted project for Louth that has yet to even reach that phase” Deputy Munster said.

“Drogheda is often grid locked, while the land that this project would make available for housing is of incredible and increasing significance as the housing crisis deepens.

“As early as 2006 it was estimated that up to 7,200 homes could be delivered by land zoned for housing.

“If housing is of any importance to this government, it would nearly justify this project on its own.

“However, access to funding has been the consistent blocker of this moving forward, having most recently been declined under the Urban Regeneration and Development Fund, which the council had actually been guided towards as a potential funding stream.

“This, and an absence of priority in the National Development Plan has resulted in a growing sense of frustration in Drogheda.

“That said, officials today did point to the Strategic Grant Scheme and Housing Infrastructure Services Company as mechanisms that could support and finally develop both the route and much needed housing.

“As such, I will be writing to Louth County Council in the coming days to encourage and support any applications under these schemes and will continue to press Ministers in the Dáil as to progress.

“From my engagement with the Department of Transport today it does not appear that they consider proposals well developed – if the people of Drogheda wish to see this delivered in the medium or even long term, it is absolutely critical that a funding stream is secured now.”