John Boyle O`Reilly the topic at next history walking tour 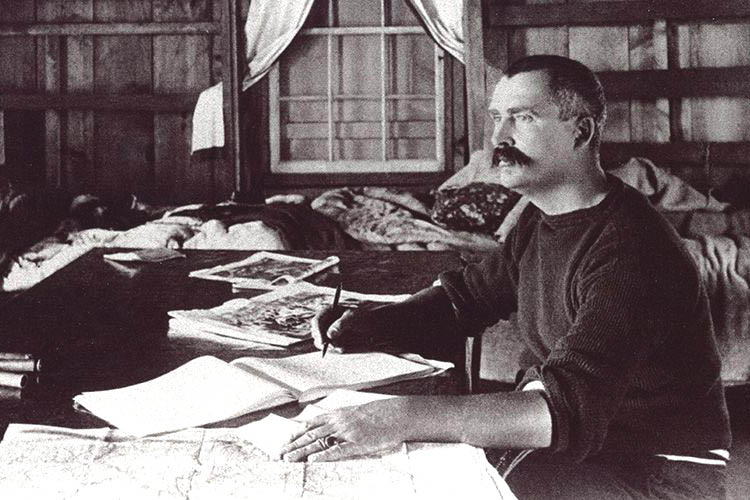 An archive photo of the great Fenian John Boyle O'Reilly at work in Boston.

The life of John Boyle O`Reilly, the Irish Patriot, Poet and Newspaper Editor who was born at Dowth in 1844 will be the topic of a walking tour presented by local historian Brendan Matthews on Sunday October 17th beginning at 2.45pm at Bolton Square, off Fair Street.

O`Reilly was convicted of treason in 1866 and was transported to Western Australia from which he escaped and made his way to America where he became a true champion in the cause of his fellow Irish/Americans.

He died in 1890 and his death was mourned across the United States. However, from research carried out by Community Historian, Brendan Matthews, it becomes clear that there is in fact a lot more known about O`Reilly`s last 20-years of his life than the first 20 years, particularly his time spent working at the Drogheda Argus newspaper offices, his departure to Lancashire and his time spent there and his subsequent return to Ireland and to Drogheda in the early 1860`s.

Brendan Matthews will tell much of this tale, concerning the Irish Patriot`s role within the Fenian Brotherhood on Sunday October 17th next.

The Walk n Talk will move from Bolton Square through Fair Street and Duke Street before Brendan will elaborate more on O`Reilly`s early life in the vicinity of the White Horse Hotel.

The Walk will then proceed over West Street to the area of the Tholsel and the location of the former Drogheda Argus newspaper offices where some new and significant facts regarding O`Reilly`s connections with the Fenian movement will be told.

There is no-Charge for this event but donations will be greatly appreciated on the Day.