A mattress dumped on the side of the Baltray Road.

Louth County Council were delighted with the success of their recent Mattress and Couch Disposal Amnesty Day on Wednesday 31st August as part of their Anti-Dumping Initiative for 2022.

In efforts to prevent the illegal disposal of bulky household items, the local authority accepted 1,890 mattresses and 1,795 couches at the V & W Recycling Centres in Dundalk and Drogheda free of charge.

Despite the free disposal offered, a number of household items were discovered on the roadside by Council staff in Drogheda last week.

The items, which included two mattresses, two beds and some electrical items, were reported at Boyne Estuary at Queensborough on the R167 Drogheda to Baltray Road, on Monday 5th September, less than a week after the dedicated disposal day.

In addition to this, the Council were disappointed to learn of the outcome of a survey by Irish Business Against Litter (IBAL) which rated Clogherhead beach as ‘moderately littered’.

Despite the installation of two new solar bins and the bin collection service operating six days per week (including Sundays and bank holidays), members of the public have still engaged in littering around the car park area.

Joan Martin, Chief Executive at Louth County Council, said: “These findings are extremely disappointing given the efforts made by the Council to facilitate regular waste collection.

“I would appeal to the public to utilise the services provided by the Council and refrain from disposing of household items and waste illegally. Louth County Council will be exploring necessary surveillance measures and will take appropriate action against any members of the public found to be dumping illegally.”

Illegal waste disposal forces Louth County Council’s environment crew to divert services from other tasks, placing the cost of the clean-up and disposal on the taxpayer. 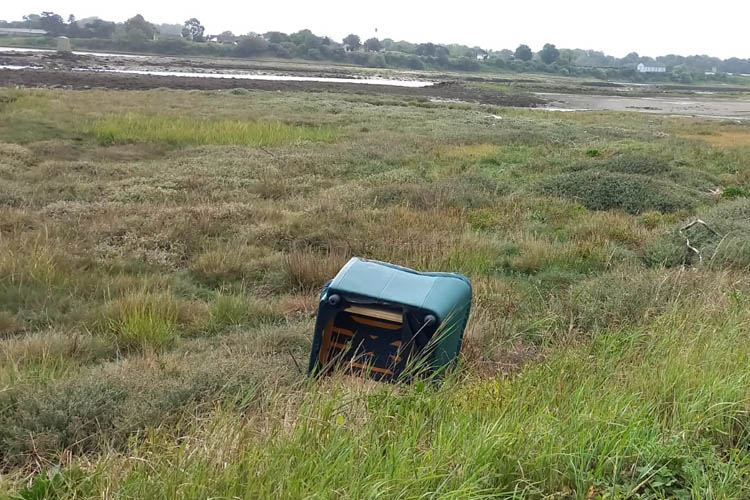