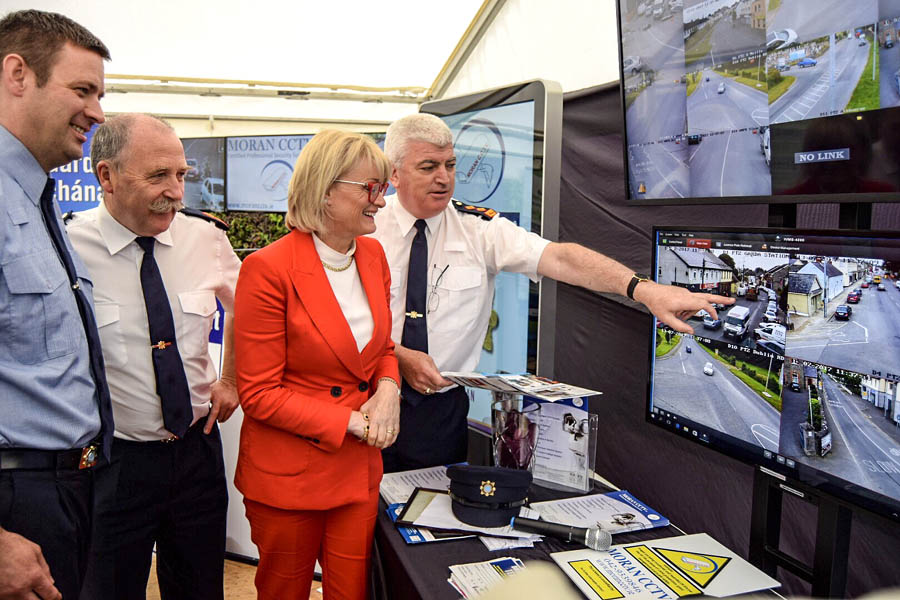 Local Gardaí explain how the new security system is operated.

The fight against crime in Duleek and Donore took a big step forward today with the official launch of state of the art CCTV security systems.

This incredible undertaking has been in the works for a very long time but it was finally unveiled this morning at Duleek Garda Station.

The spokesperson for the launch of the security systems was local councillor Sharon Keogan. Sharon has been involved in crime prevention schemes in the Duleek area for many years now, beginning with the introduction of the Duleek & District text alert system in 2013. The new CCTV Security System is a major upgrade to crime prevention and criminal apprehension in the area.

Two new CCTV cameras have been installed at either end of the village and it is hoped that this will be followed by the installation of speed ramps in the various housing estates.

The money for this installation was raised through sizeable donations from the Indaver Carranstown Fund, the Business Park Management Committee, Duleek Credit Union and Irish Cement.

This project has been a masssive undertaking by a small group of people. It has been built from the ground up and was generously funded and supported by local businesses and residents. The committee hopes that this will be an example for other communities around the country. 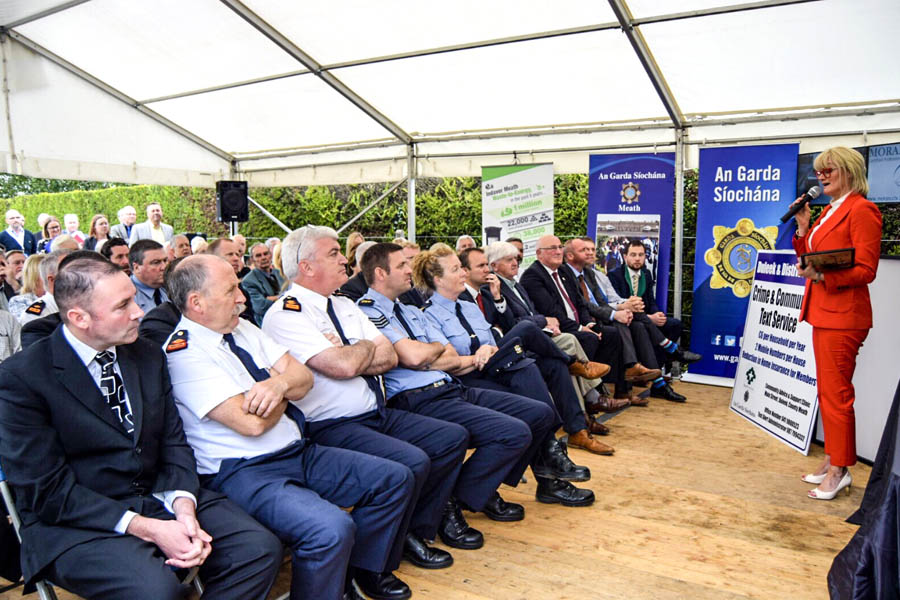 Councillor Sharon Keogan speaking to members of the public and local Gardaí at this morning's launch of the new CCTV security systems in Duleek and Donore. Photos: Sam O'Neill.