There’s no denying that Drogheda has a serious drugs problem with users, and the rubbish they leave behind, increasingly visible around the town. Opinions differ though on what the solution to the problem can be.

Like the walking dead, the worst cases view the world with a fixed stare. Shunned by society they become more and more isolated in a world where their next score is the overriding focus.

It is easy to forget, as we walk on by, that these too are God’s children, vulnerable human beings that have somehow slipped through the cracks.

Combine their dysfunctional lifestyle with the current housing crisis and it is no wonder that more and more people with drug issues are being forced to live rough and there are currently addicts living in tents at Donor’s Green, Dominic’s Park and elsewhere in Drogheda.

Living rough means they are injecting or smoking heroin, or whatever other drugs they are on, in less than hygienic situations and drug paraphernalia is showing up more frequently among the rest of the “normal” rubbish being thrown on the streets of the town.

It is certainly not pleasant to come across this drug rubbish, especially the needles, and many people find the presence of people living rough in parks and on the streets upsetting and frightening but the question is how to tackle the problem. 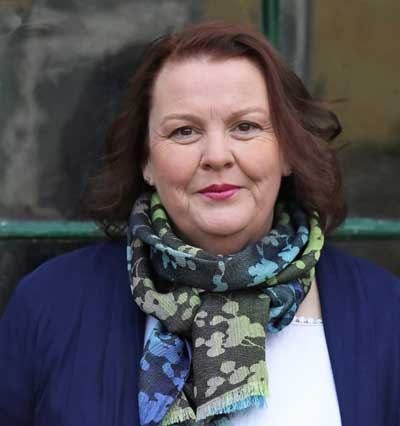 Louise Mahony (above), the Manager of the Red Door Project, which provides assistance to individuals affected by drug and alcohol abuse, said they had been seeking funding for an outreach support team for several years and that such a service has never been more necessary than it is now.

“Outreach would allow us to go out and meet these people who are in need of support and point them in the right direction” she told Drogheda Life.

“I am very concerned about these people who are extremely vulnerable as it is. Living in a tent in July and August is one thing but come the winter, December and January, that’s a different kettle of fish.”

Louise also said she was very concerned about the dire shortage of homeless beds this coming winter saying it has never been more urgent that their more vulnerable clients receive the support and shelter they need.

“These people are part of society whether we like it or not and we have a responsibility to get out there and offer them the help they need. Red Door cannot offer overnight accommodation but people are calling in every day looking for clothing and toiletries and just somewhere to spend a few hours.”

She said that the answer to the problem of drugs paraphernalia was an organised needle exchange where drug users could avail of clean facilities and dispose of needles and other items safely.

On the other hand, Independent Councillor Kevin Callan, who is also aware of the people camping on Donors Green, has adopted a much more authoritarian approach. He has asked Louth County Council and Drogheda Port to clear both the drugs paraphernalia and the tents.

“I raised the issue of the green being used as a dumping ground last year but now the problem, which was cleared by both the council and the Port Company, is back again” he said.

“This is hugely concerning as the materials on site are a substantial risk to public health. We are seeing a similar situation in areas such as the steps connecting the Chord Road down towards the quays and all the way into town including the back lanes and the Highlanes steps."

“We need the dangerous materials removed and the tents in which they have been left. We need to see action from the Gardaí in policing as we are continuously having to move in to clear materials which are illegal and have no place in our town.

“As a community we need our parks and streets, lanes and roads clear of this type of dumping and intimidating behaviour".

"We need to make sure that Donors Green is clear, clean, safe and available to the people of the area that want to enjoy the space responsibly."