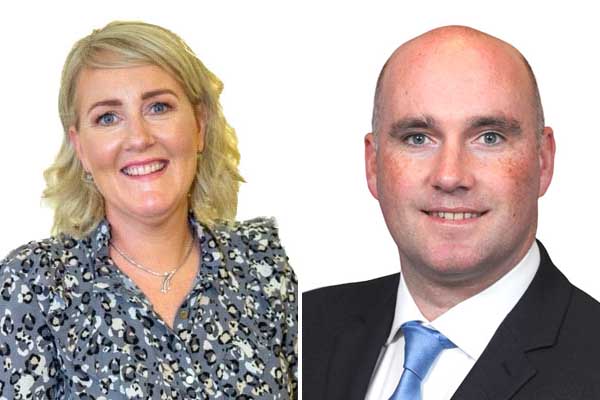 History of a kind is to be made later this month when elected Councillors from the Borough District of Drogheda and their counterparts in the Laytown-Bettystown Municipal District are to hold a combined meeting.

Due to Covid restrictions they won’t actually be in the same room, so there’ll be no “photo ops”, but the fact that they are meeting at all is seen as a positive step for people living in both areas, especially as it comes shortly after it was announced that the Gardaí are to review their divisional boundaries.

Mayor of Drogheda James Byrne said he is delighted that the first meeting will take place between the two districts on Wednesday January 26.

“Following my historic proposal for Councillors and officials from South Louth and East Meath to work together for the benefit of Drogheda and surrounding areas. My hope would be that this will lead towards developing a formal strategic alliance in the future” he said.

Topics for discussion at this meeting will include infrastructure, operations, environmental, tourism, policing and joint Urban Area Plan for Drogheda.

While these meetings will be private affairs initially there may be an opportunity for media and members of the public to attend in future.

“It has been agreed that Louth and Meath County Councils will alternate the hosting of meetings every six months” Councillor Byrne said.

“I’m looking forward to chairing the first one and working with our colleagues in East Meath for the people of Drogheda.”

An important step in the right direction – McGinty

The Cathaoirleach (Chairperson) of Laytown-Bettystown Municipal District, Labour Councillor Elaine McGinty, warmly welcomed the Joint Meeting saying it is an important step in the right direction.

“I am very aware of the challenges that both areas face and the requirement for better co-operation between Meath and Louth County Councils on the delivery of basic local services and on sustainable planning in our area is obvious” she said.

“As Cathaoirleach, and as someone who cares for both East Meath and for Drogheda, I intend to help bridge this divide and bring positive, practical and visible change to the way we work together.”

“Outside of the formal Joint Area Plan there are areas such as our immediate environment, tourism and economic development, roads, paths and cycle lanes and policing where we should strive to make real and meaningful progress that really matters to the quality of life for the people we all represent.

“Local citizens will be watching carefully to assess how this initiative works. This is a process and people need to see some early wins in terms of public confidence in the process and to establish the bona fides of everyone involved.

“I am proposing that one such initiative should be on the local environment. I would like to see both Councils and communities in our area come together on a joint campaign to help tackle littering and the environmental issues which affect us all.

“I hope that together we can engage tidy town groups, residents’ associations, the business community and clubs and individuals across both districts in a co-ordinated environmental campaign. I am working closely with the executive of Meath County Council on this at present to see how we can make this happen.

“I very much look forward to the greater co-operation that can emerge from this process in the interests of all the people of East Meath and Drogheda.”