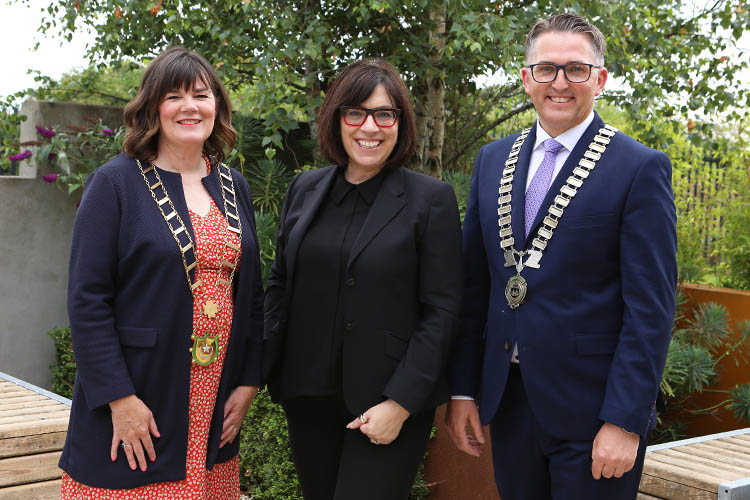 Drogheda and District Chamber Council officially hosted it’s 128th Annual General Meeting (AGM) on the evening of July 28th at The Mill Enterprise Hub and was the first in-person AGM to be held since 2019.

Drogheda and District Chamber President Robert Murray opened the AGM and presented a summary of initiatives and programmes that the Chamber has led within the past year, including the launch of the www.indrogheda.com website; the response to Irish Business Against Litter (IBAL) Report, and the long-term, industry-pillar strategy that has been mapped out within the Chamber Council team.

Mayor of Drogheda Michelle Hall was also in attendance and, addressing the meeting, highlighted the close cooperation that now exists between the Chamber and the various governmental and business groups who are working together to drive greater recognition, opportunity and prosperity to Drogheda and the surrounding region.

Chamber President Robert Murray also remarked on the improved working synergies across the wider business and governmental groups and in particular highlighted how the progressively deepening relationships between the Chamber and Mayoral Office, Louth County Council and The IDA respectively has produced tangible benefits for the community.

Robert commented “Our first in-person AGM for three years is not only a representation of that difficulties created by the Covid pandemic are evolving to a new and more positive phase, it is also an opportunity to recognise the huge strides that our business community has taken – against a background of challenging circumstances – to work together more effectively and form team-based initiatives that serve a singular, unified purpose, which is to develop Drogheda and our local area for everyone as a world-class place to live in, work in, and invest in”.

The Drogheda and District Chamber Council Members were confirmed at the meeting, with three retiring members being replaced by three new members. The composition of the remainder of the council remains unchanged. President Robert Murray confirmed that he will stand down in October 2022 and that a new President will be in place by then.