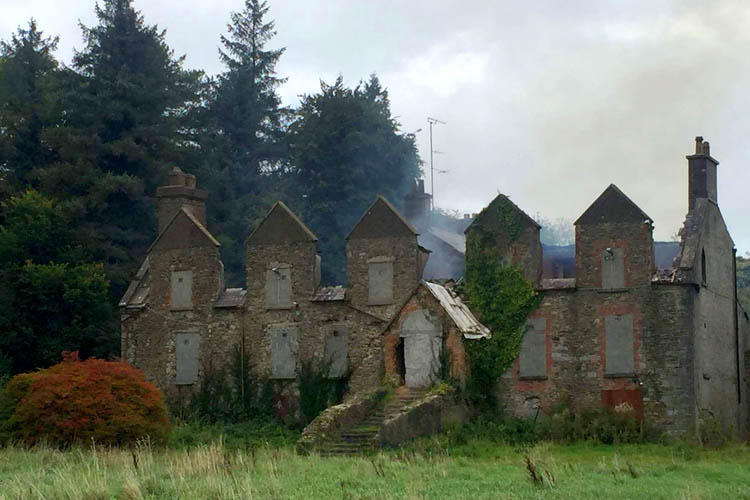 The smouldering remains of Carstown House.

Carstown House has been burned to the ground over the weekend. It is thought that the 17th century Irish manor house, which has not been lived in since the 80’s, was set alight by vandals.

The building, which is about five miles outside Drogheda, was designated as a building of national importance and incorporated features from a late 15th/early 16th-century tower house.

It had been bricked up for some years and has repeatedly attacked by vandals, the lead from the roof was stolen in 2014.

A furious Independent Councillor Kevin Callan said this morning that he had informed Louth County Council  on three occasions that the building was at risk from  vandalism and requested them take immediate action to secure the property which they had failed to do.

“I will be demanding answers at tonight's council meeting as to what Louth County Council did from last month to now in protecting a structure which was on the protected list and deemed to be of national importance.

“I raised this not once but three times and as of today I have had no response from Council” he said.

“This is a devastating loss to the county and the country and I want to know why it wasn't saved and what the Council intend to do now.”