Car breakdown results in €1,000 being raised for Drogheda charities 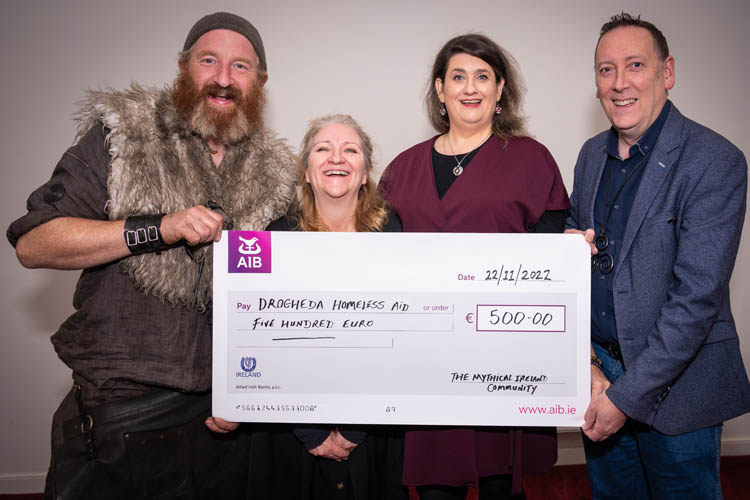 When a car being driven by local journalist Anthony Murphy, broke down as he was driving to County Cork for a short break with his family, it lead to a series of events that resulted in local charities benefitting to the tune of €1,000.

Anthony, who is the founder of the hugely popular Mythical Ireland website, had to book himself and his family into a hotel for the night and pay to have his car towed to a garage to be repaired – two unforeseen expenses that nobody wants to incur, especially when on holidays.

On hearing of Anthony’s plight Tom King, a traditional blacksmith from Slane who makes jewellery and other items for sale to people around the world, organised an impromptu fundraiser among the Mythical Ireland social media community around the world.

Tom organised a GoFundMe page called "Let's get Anthony home!!" with the target set at raising €500 but that figure was exceeded in the first day so Tom raised the target to €800, but then €1,000 was raised.

The Murphy family eventually reached their destination near Kinsale, Co. Cork, some 25 hours after leaving their home in Drogheda – a journey that should only have taken four hours!

However, Anthony felt that there were people in much greater need, especially at this time of year, and he came up with the idea of donating the money to charity. He spoke to Tom and members of the Facebook community and there seemed to be broad support for the gesture.

It was decided that the money would be divided between Drogheda Homeless Aid and Drogheda Dolls. The latter are raising money for Palliative Care Louth, SOSAD the Drogheda Animal Rescue Centre and the St. Nicholas GFC new ladies building appeal.

Yesterday morning, (Tuesday), Tom and Anthony formally presented the proceeds of the GoFundMe campaign to representatives of the local charities.

The GoFundMe campaign is still open, and at the time of writing has reached €1,280. All additional monies raised above €1,000 will be donated to Drogheda Homeless Aid and Drogheda Dolls. If you would like to make a contribution, you can do so HERE